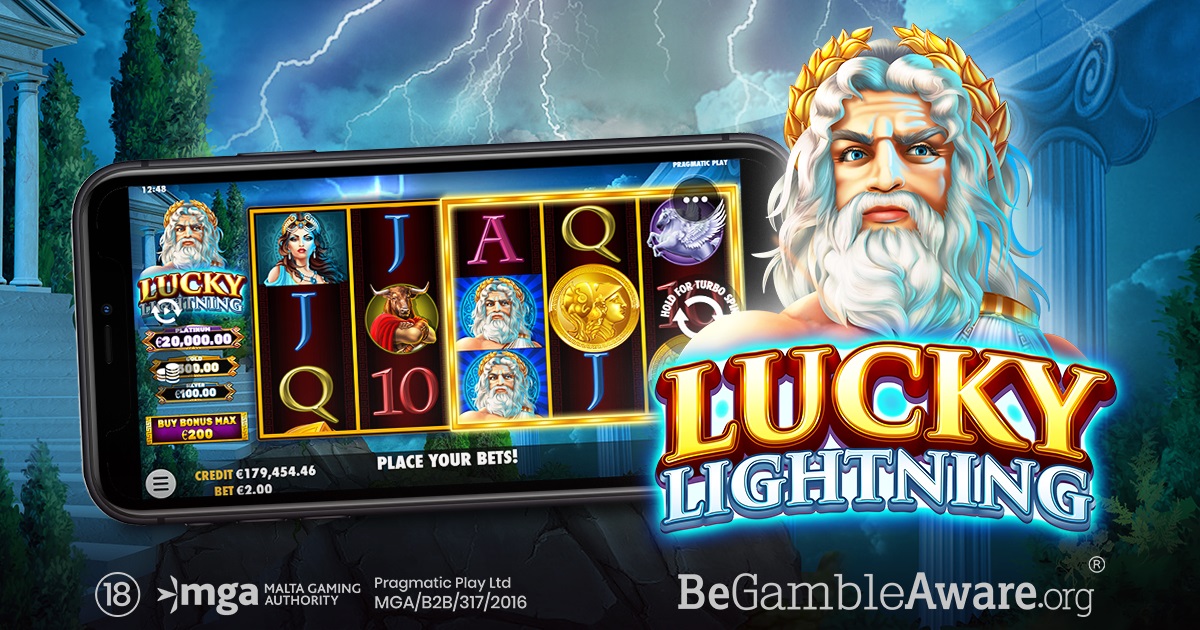 PRAGMATIC PLAY draws inspiration from the heroes of Olympus in the launch of its latest slot title, Lucky Lightning.

Players will find themselves in an Ancient Greek setting in the provider’s new 3×5 slot, with symbols featuring Greek gods Zeus and Hera and various staples of Greek mythology, such as the Minotaur of Crete, the legendary Griffin, and the winged horse, Pegasus.

The central mechanic in Lucky Lightning is the Wild Respin feature, which is triggered randomly when a Lightning Symbol lands on the first two reels, affecting them in one of two ways. The feature will either grow the size of the grid to a 3×6 layout or boost the final reels holding four rows instead of three, bumping the initial 243 paylines up to a much higher number.

The Coverall feature also requires Wilds to be present on the first two reels, along with Coin symbols landing in all positions on the following reels, which will immediately pay the prizes shown on all the Coin symbols, which carry multiplier values between1 and 500 as well as Jackpots that randomly appear in this feature.

To trigger the Free Game, players will need to land at least three Bonus symbols, which will trigger an equivalent of 10, 15 or 50 free spins. Alternatively, players in certain jurisdictions can access the 3×6 Free Game with a Purchase option, setting them back 100x the value of the bet.

Lucky Lightning is the latest title to be added to Pragmatic Play’s vast slot offering, featuring recent hits Buffalo King Megaways and Dragon Hot Hold and Spin, as well as the 200+ HTML5 titles in the provider’s award-winning games portfolio.

Yossi Barzely, chief business development officer at Pragmatic Play, said: “Our latest release is inspired by the rich mythology that surrounds the divine occupants of Mount Olympus, and this is reflected in the title’s vast offering of features.

“With so much on offer to players, the rewarding adventure and big win potential ensures that Lucky Lightning will be a hit for fans globally!”