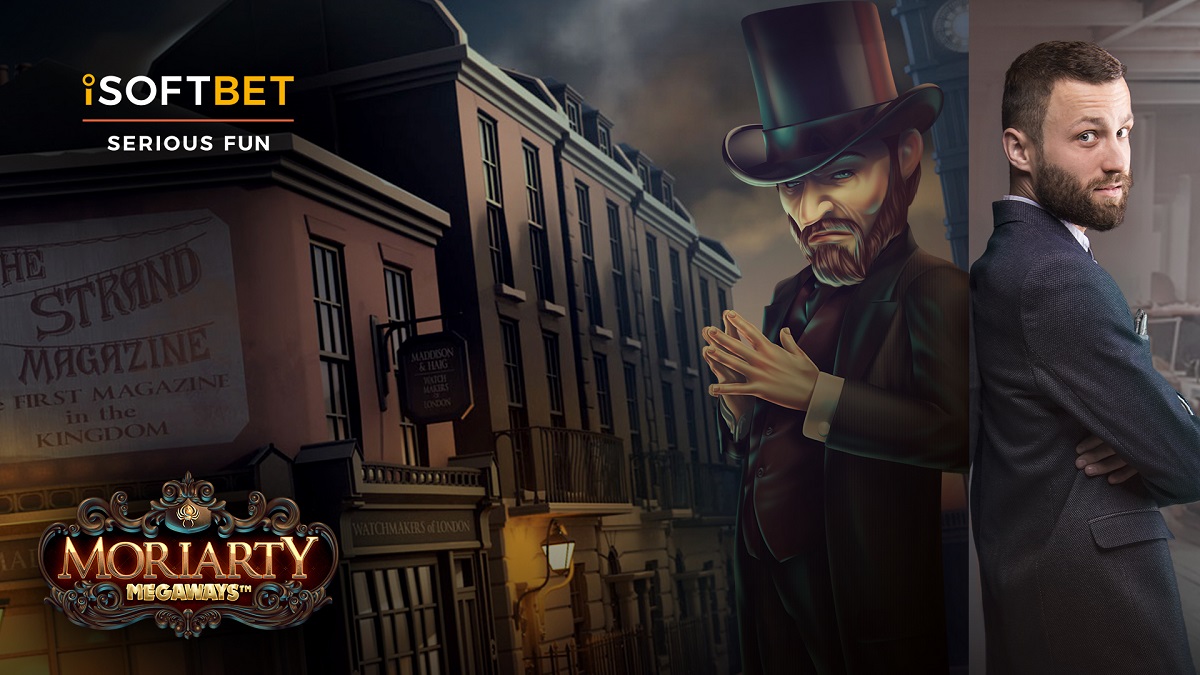 Many around the world will recognise detective extraordinaire, Sherlock Holmes, and his trusty sidekick Watson, however, Moriarty Megaways focuses on Sherlock’s arch nemesis and criminal mastermind, Professor James Moriarty.

In the game, players are immersed in a gloomy London street where the world’s most famous super sleuths search the reels for riches, while also triggering their own special features, such as Mystery Symbols or Max Megaways.

During the free spins mode, players can have up to 352,947 ways to win, with the opportunity to win a staggering 37,500x their stake as two of fiction’s most colourful characters engage in a battle of wits in this detailed slot.

Voice actors have also been used to add an extra layer of excitement to the game, with players becoming willing participants in one of the most engaging crime stories ever written, while also staying true to the thrilling Twisted Tales narrative.

Global gaming powerhouse William Hill went live with Moriarty Megaways during a 10-day exclusivity period in the first week of May.

“We’ve been waiting for this moment all year and I’m delighted with the results,” said iSoftBet head of games Mark Claxton. “Moriarty combines more excitement and more features than we’ve ever included in a game, and thrill seeking, big win potential players will love what we’ve done by combining unique iSoftBet features with the hugely popular Megaways mechanic.

“Our Twisted Tales games have proved a massive hit and this game takes in game excitement to new levels with so many ways to win big, plus our launch is perfectly timed with Arthur Conan Doyle’s birthday, the creator of Sherlock Holmes.”