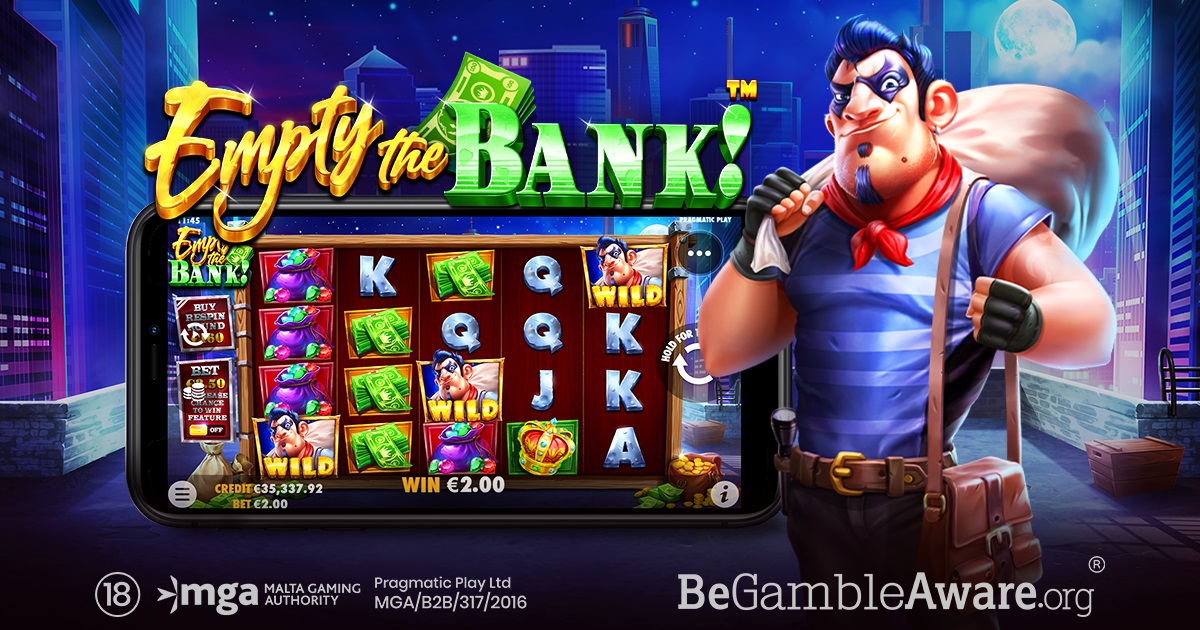 Featuring 20 paylines and possible wins of up to 10,000x the stake, the highly volatile slot follows the story of a vocal cockney burglar in a vibrant 5×4 layout, as he attempts to clear out as many vaults as possible, while pocketing their contents along the way.

The main attraction of Empty the Bank is the Respin feature, which provides players with the opportunity to enter the bank vault and win big prizes, along with some help from various special symbols that can modify gameplay and boost winning potential.

The burglar serves as the Wild symbol in the game and the safe door as the Bonus symbol, but when three scatter symbols appear on the reels the Respin feature is triggered and players are transferred to a bonus grid that is packed with rewards.

Players will receive three Money symbols (taking random values of up to 10x the player’s bet) and three Respins at the start of the round, which reset whenever a new symbol lands on the reels.

Special symbols that appear in the feature perform specific tasks, such as the Walkie Talkie that adds its value to all money symbols on the screen for all subsequent respins, or the Ladder symbol which can transform the bonus grid into a 7×7 layout!

Empty the Bank is the latest release to join Pragmatic Play’s extensive slot offering, arriving off the back of recent hits 5 Lions Megaways and Buffalo King Megaways, which reside amongst 200+ HTML5 titles in the provider’s award-winning games portfolio.

“We are thrilled to announce the launch of our latest slot title – Empty the Bank – the crime-inspired thriller that draws motivation from the dramatised bank raids of the Swinging Sixties,” said Pragmatic Play chief business development officer Yossi Barzely.

“As we continue to explore new ideas and push the boundaries of innovation in the industry, we are confident that Empty the Bank™ will resonate strongly with our customers.”