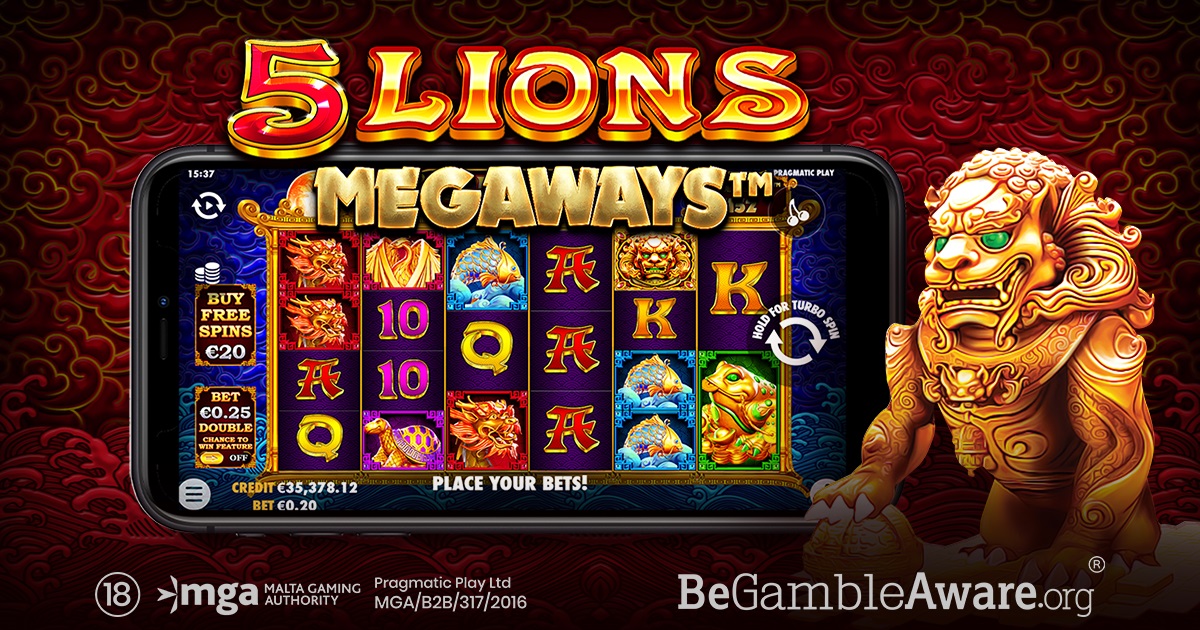 PRAGMATIC PLAY has released a sequel to a classic staple with the launch of its new title, 5 Lions Megaways.

Following on with the Chinese theme on display in previous variants of the title, the highly volatile slot utilises the Megaways trademark , featuring a 7×6 layout and a mammoth 117,649 different ways for players to win.

5 Lions Megaways utilises a tumbling mechanic that appears after wins to remove winning symbols from the reels. The Asian-inspired title also features mind-blowing multipliers and a choice of seven different Free Game options, giving it all the components of a first-rate gaming adventure.

The Wild symbol in the game is a Gold Lion, helping to create more winning combinations by substituting all other symbols except for the Scatter symbols, which appear in the form of a Yin and Yang.

Yin and Yang symbols can trigger the Free Game, where players get to choose between seven different Free Game modes, controlling the number of Free Spins and multiplier values they receive.

Players can also choose to purchase the Free Game feature at the cost of 100x their bet before each spin in certain jurisdictions. The Free Game can also be extended by additional rounds if the player lands three or more Scatter symbols on the reels.

5 Lions Megaways is the latest title to join Pragmatic Play’s expansive slot offering, arriving hot on the heels of recent hits Dragon Hot Hold and Spin and Buffalo King Megaways, as well as the 200+ HTML5 titles in the provider’s award-winning games library.

“5 Lions Megaways marks our latest sequel to include the Megaways brand and we’re very happy to release this hit,” said Pragmatic Play chief business development officer Yossi Barzely. “Featuring an exhilarating theme and the exciting Megaways gameplay, 5 Lions Megaways is a testament to the innovation that is currently driving the iGaming industry.”