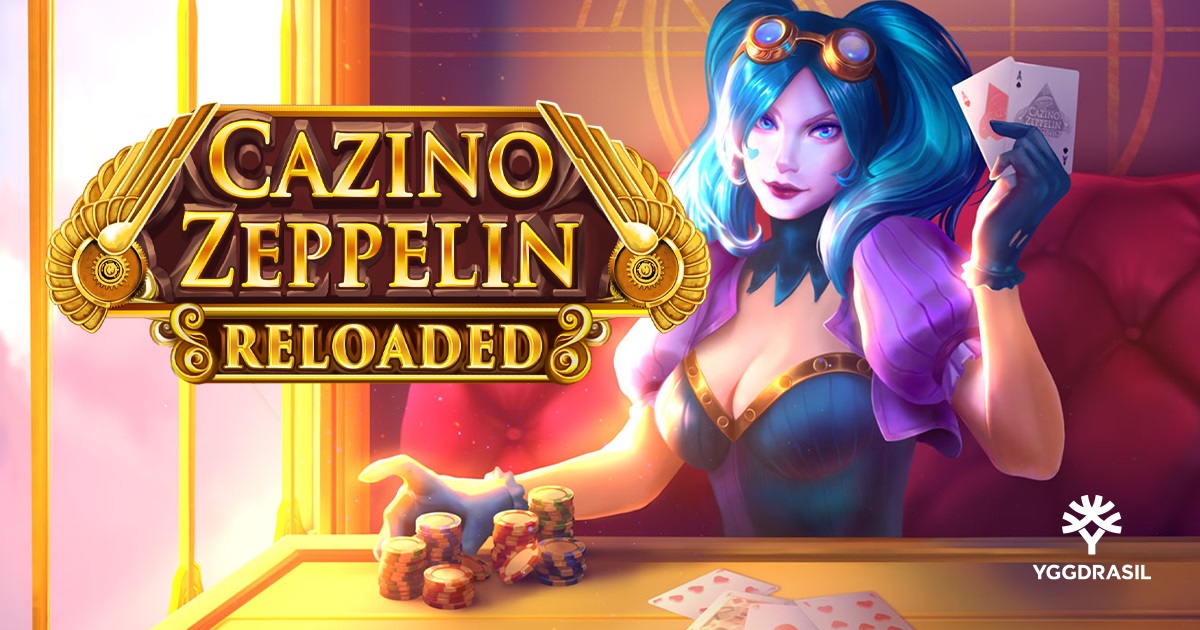 This beautifully designed Steampunk-inspired title is an ambitious revamped version of the supplier’s 2015 hit Cazino Zeppelin. The game sees the return of lucrative Cazino Dealer wilds which can land on any reel, stick and have multiplier values of up to 5x, leading to wins as high as 102838x the player’s bet. By far the highest win potential Yggdrasil has ever delivered.

Landing 2 of the game’s free spins symbols will award players a win of 2x their bet, while 3, 4 or 5 of them hitting the reels will trigger 10, 15 or 20 free spins respectively, as well as 2x their bet.

During the free spins feature, all wild symbols remain on the board permanently until the end of the bonus and any new wilds that land will increase a win multiplier on all permanent symbols by one. If there’s at least one wild on every reel, players will automatically receive an additional 5 free spins.

The excitement doesn’t stop there as this high-flying slot also boasts a Bonus Buy that can see players pay their way right into the free spin action and a Golden Bet feature that allows players to increase their bet to double their chances of triggering free spins.

“It’s been over six years since we first introduced the world to one of our most iconic slot releases, Cazino Zeppelin,” said Yggdrasil head of product and programs Stuart McCarthy. “It’s fair to say that players fell in love with the original title and it’s a slot that helped propel Yggdrasil into the public eye.

“It’s hugely satisfying to be able to revisit the original game and give it a well-deserved revamp fit for 2022 with revised mechanics that unleash truly astonishing win potential. We’re confident that players will enjoy Cazino Zeppelin Reloaded just as much as they loved the original.”