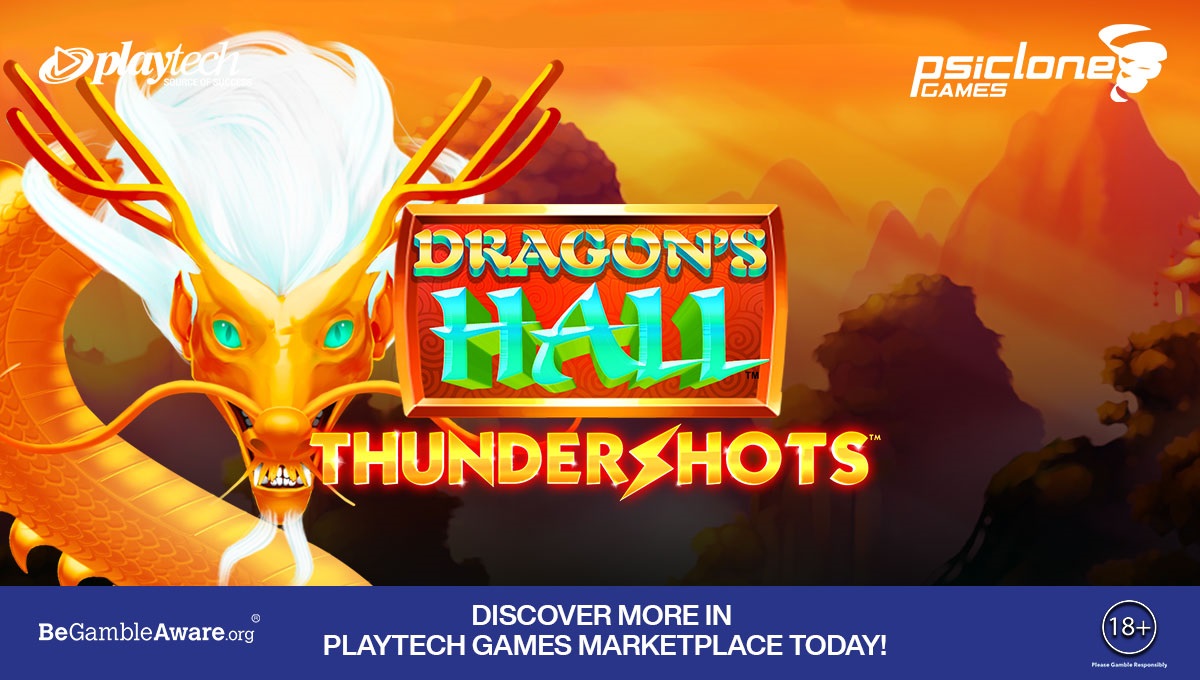 Dragon’s Hall Thundershots is a 5×3 reel slot with all win lines scatter pay.

Landing 3 x Dragon symbols either awards the players with Free Games or Thundershots, where Free Games re-trigger and players can look out for the Scorching Spin which sets ablaze reels 1 and 5 to high paying symbols on the final Free Game, while the Thundershots wheel awards players the chance to win big prizes.

“Players in search of gameplay with engaging features and fantastic win potential should enter the Dragon’s Hall,” said Psiclone managing director Mike Fox. “The Thundershots series is already winning fans across both retail and online, and we’re confident that regular players and newcomers to the brand alike will be excited to take a spin on the Thundershots prize wheel.

“With potentially retriggering Free Games too, plus the guaranteed Scorching Spin at the end of the round, there will be big win potential when the dragon roars.”