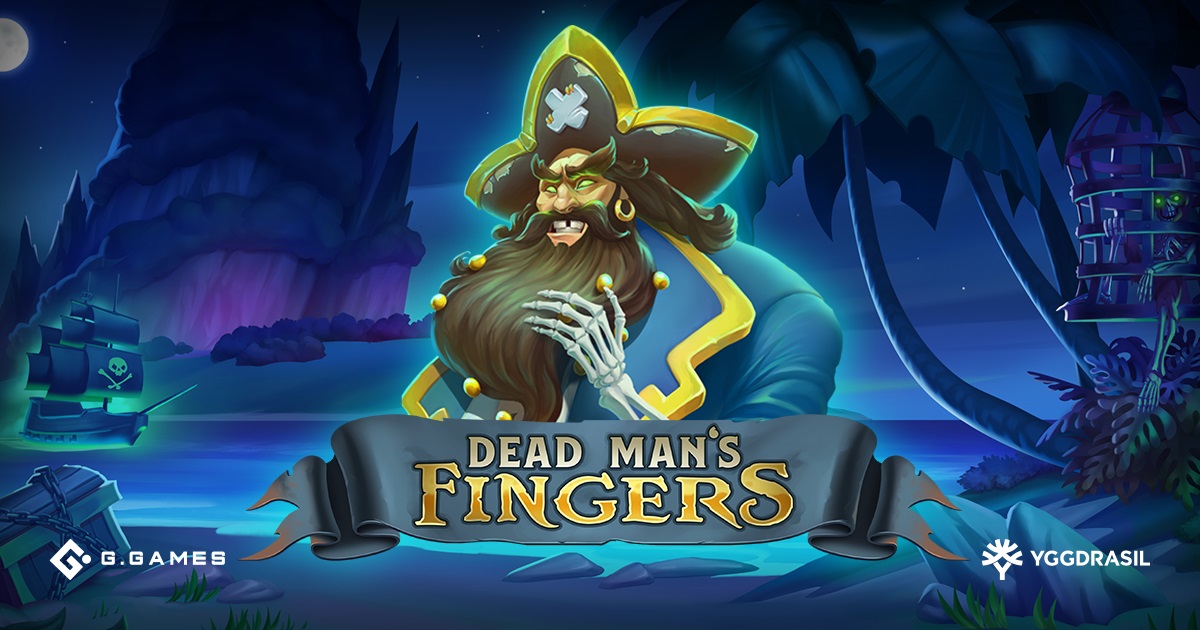 YGGDRASIL has set sail on a swashbuckling adventure with G.Games in Dead Man’s Fingers.

The 4×5, 25 payline slot sees players traverse the stormy seas in search of buried treasure, with both free spins and a money collect feature available.

The cash collect feature occurs throughout base play, with treasure chests landing on the reels with a cash value, or mini, minor, major and grand jackpots. If a collect symbol lands on the fifth reel, all money symbols are collected with the value accumulated for big wins.

Octopus symbols act as wilds during base play, while three scatters will award players 10 free spins. During the free spins, there are more cash money symbols and collect icons available, for even more win potential. The bonus round is retriggerable, with no limits, as players quest for princely treasures.

Dead Man’s Fingers is the fourth title by G.Games to be included in the YG Masters portfolio, following the popular launches Cthulhu, Tiger Tiger and Serendipity.

“The fourth creation by G.Games as part of the YG Masters initiative sees players take to the seas in search of big wins,” said Yggdrasil head of product and programs Stuart McCarthy. “Combining a fun theme and lucrative money collect feature in both base play and free spins, it offers a new dynamic to the existing G.Games portfolio.”

G.Games chief operating officer Helen Walton said: “Dead Man’s Fingers is an exciting new addition to our offering and we’re eager to see how fans react across Yggdrasil’s operator network. With big wins available on every spin through the money collect feature, as well as a retriggerable free spins, treasure can’t be far away for our fearsome pirates!”