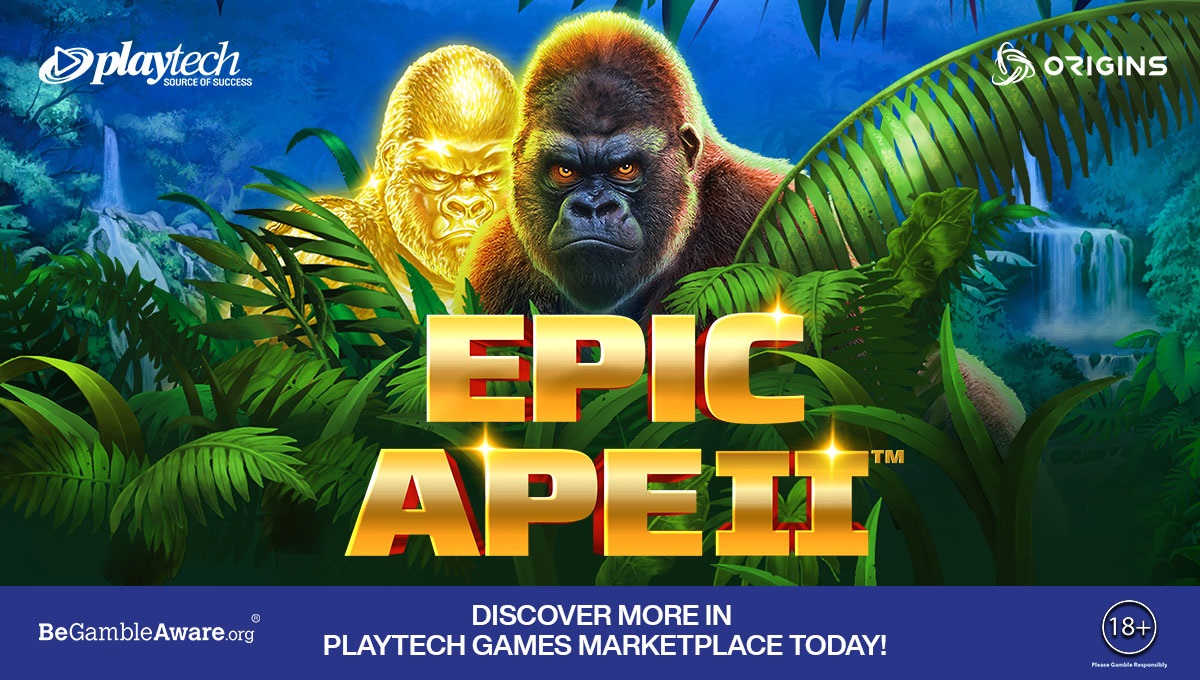 “Epic Ape is one of our most enduringly popular titles, and with more frequent Free Games triggers, plus a win-boosting Gold Ape symbol, the sequel promises even more excitement,” said Origins game producer Raz Oved.

“Epic Ape II also features the chance to win one of four mystery progressive jackpots with our new Jackpot Blitz – so for fans of the original and the rest of the Blitz series, as well as new players, the ape offers more epic excitement than ever.”