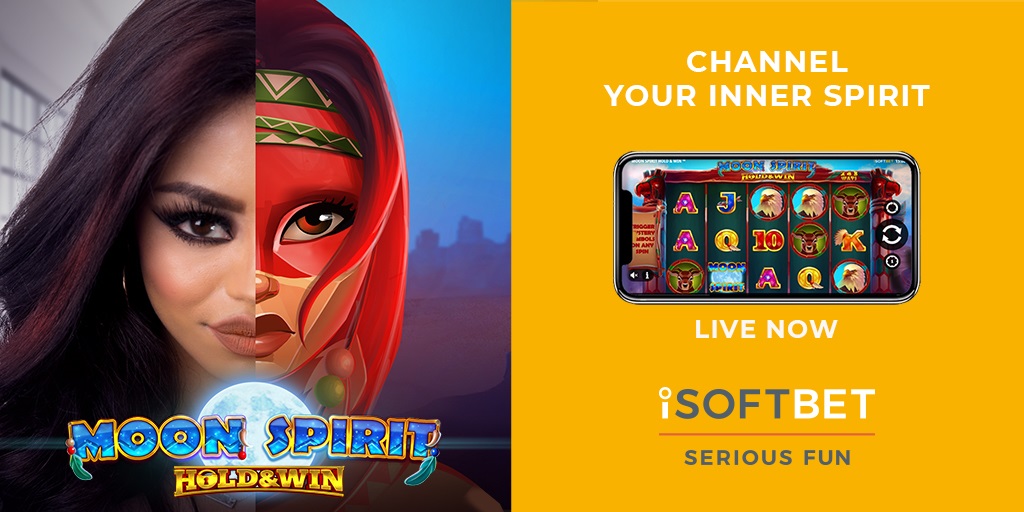 The Moon Spirit Mystery Symbol can land stacked on any spin in base play, transforming into matching symbols for huge win potential.

Wolf symbols represent Wilds, which have the ability to act as a multiplier and can land on any of the middle three reels,multiplying all wins by x2. Up to three Wilds can land per spin, one per reel, and can multiply each other for a max multiplier of x8.

Five or more Moon Spirit Scatters will trigger the Respins mode, awarding an initial three respins, which resets for every successful spin.

During the Bonus Round, Moon Spirit symbols will become Dreamcatchers, which upgrade in levels as more of them land on the reels. The top reward is the highest Totem Level, which will see players granted a staggering 1,000x their stake.

“Moon Spirit Hold & Win is another exciting addition to our portfolio set in a sweeping landscape as players hunt for huge wins in the gaze of a full moon,” said iSoftBet head of games Mark Claxton.

“Utilising our very popular Hold & Win mechanics and an engaging theme, it offers massive win potential with immersive gameplay. We’re very proud of it and can’t wait to see how the game is received by our fans globally.”