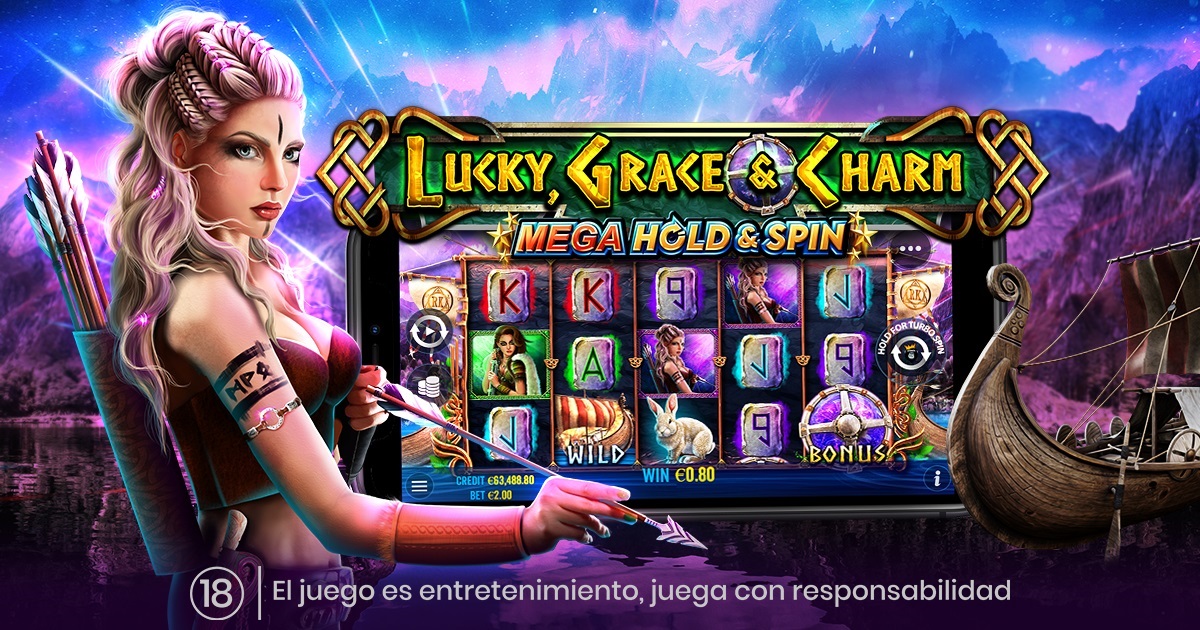 The highly volatile slot takes on a stunning Norse theme and is played on a 3×5 layout, overlaying a mystic harbour filled with Viking longships. The title’s striking visuals are complemented by a stirring soundtrack and innovative features that ramp up the excitement on offer.

Winning combinations of three or more of a kind will trigger a payout, with low-value card symbols ranging from 10 to Ace, mid-value symbols represented by Bunnies and Charms, and the trio of Viking heroines embodying the highest-value symbols in the game.

Lucky, Grace & Charm contains a thrilling Hold & Spin feature and a Free Spins mode that can be retriggered an infinite number of times, utilising a fixed multiplier to increase wins.

Landing three Scatter symbols will trigger the Free Spins feature, awarding the player 12 respins in the process. The value of a winning line is tripled in this feature and will be multiplied by six if a Wild symbol appears in the winning combination.

In both the base game and Free Spins mode, landing five or more Money symbols will activate the Mega Hold and Spin feature. Here the player is given four respins, where failing to land a new Money symbol will result in losing a spin but landing one will reset the count to four.

“We’re back with another Norse-inspired adventure, only this time, it is three female warriors at the helm of the ship,” said Pragmatic Play chief business development officer Yossi Barzely.

“Lucky, Grace & Charm is packed with huge multipliers, exciting features and a variety of bonus modes to keep players entertained, and we expect the title to fare exceptionally well with our audience.”