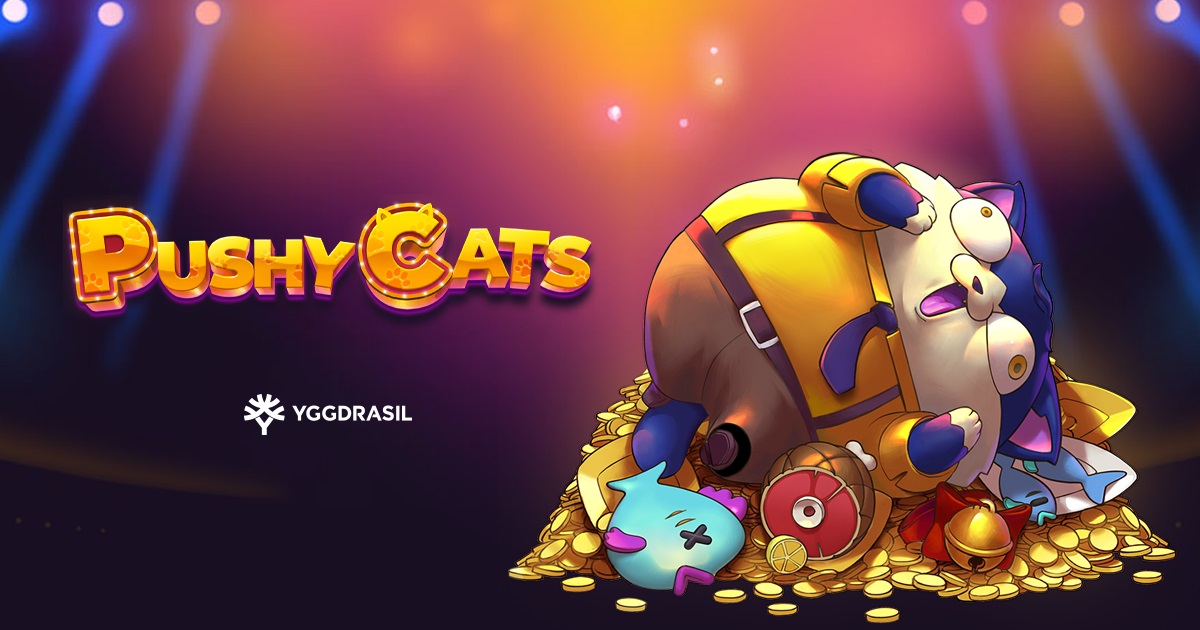 The 3×5 slot takes place in a vibrant game-show studio, where a whole host of cats are enjoying the entertainment on stage. Reels are filled with feline delights, including hams, fish, bells and golden paws.

Every wild that lands on the reels during base gameplay triggers a respin, with these wilds remaining locked in position for the new spin.

During the game’s bonus feature, shifting wilds work their way across the reels, moving by at least one position unless it is impossible for them to move any more.

The free spins round can be triggered in one of two ways, either through landing three wilds in the base game, or collecting 10 paws across the duration of gameplay. To the left of the screen is a progress bar detailing how close players are to triggering the bonus.

When entering the round, players can be awarded one of four levels, which are chosen at random. It starts with three wilds on the reels, with a random starting multiplier of 1-10x. Each winning spin increases the multiplier by 1x.

The entire reel set is surrounded by a series of bumpers, broken down into six different types, each containing different modifiers: Cash prizes, extra wild, bonus bumper – which adds more bumpers, multiplier, U-turn, which sees wilds bounce back onto the reels, or the vortex, which removes the wild from the reels. Once all wilds are removed from the reels, the bonus game ends.

Players also have the option to utilise the Golden Bet feature, this sees them up their bet by 50% to double their chance of hitting the bonus game, or progress straight through to the bonus for 100x their bet.

“Pushy Cats is an action-packed adventure that sees everyone’s favourite furry friends help players pick up unforgettably huge wins,” said Yggdrasil head of product and programs Stuart McCarthy. “Lucky winners can rack up some truly incredible prizes thanks to the innovative bumper-style bonus feature that can reach as high a 20,000x their stake.

“We’re incredibly proud of what we’ve brought to the table with this game, and are truly looking forward to seeing the response it gets from the iGaming community.”