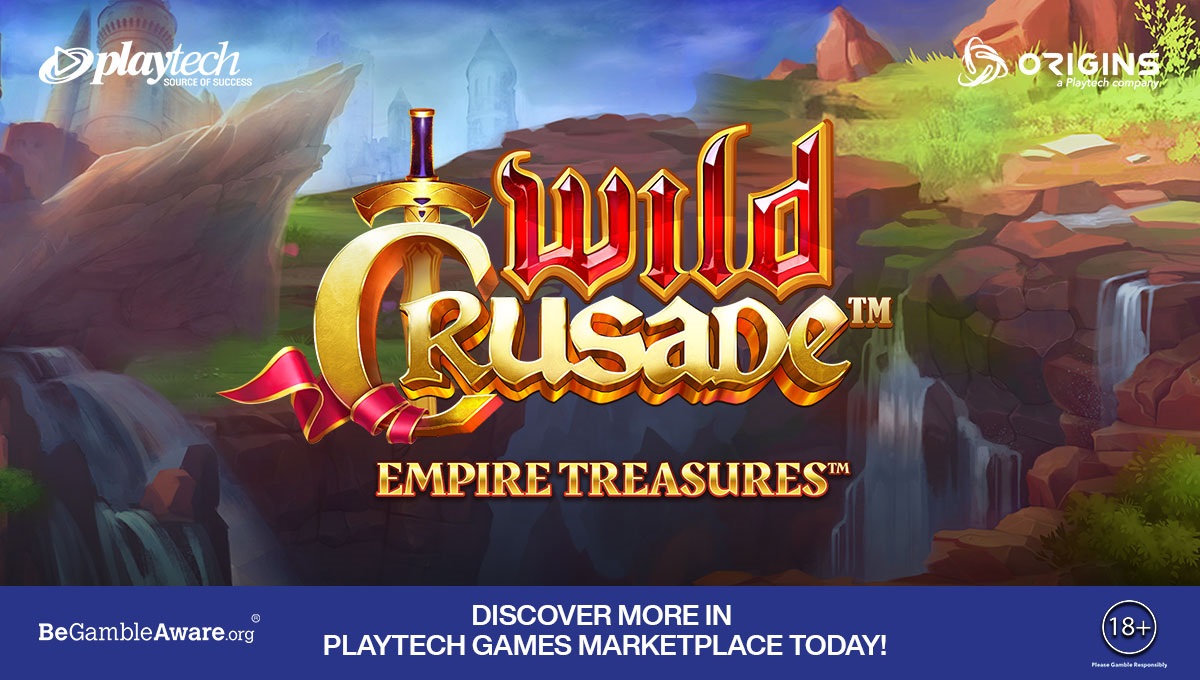 Journey on a quest for big wins with this 25 line slot from Origins. Landing a special wild with a random multiplier triggers Respins, during which, the wild moves to the left, the wild multiplier increases and the wild symbol size grows.

Respins can be re-triggered as long as more special wilds appear, while the slot features engaging mechanics where there is a constant chase for combinations of many stacked special wilds with high multipliers.

“We’re very excited to be launching the first game in the new Empire Treasures jackpot suite,” said Origins executive game producer Eyal Narkiss. “With a classic medieval theme, Wild Crusade has a high-volatility profile that will appeal to experienced players, but with an accessible Wilds-based game mechanic that can attract newcomers too.

“The chance to win one of four progressive jackpots on any spin is sure to be a major draw for players, and with the backing of a strong brand to build player loyalty, it offers an ideal marketing opportunity for operators too.”